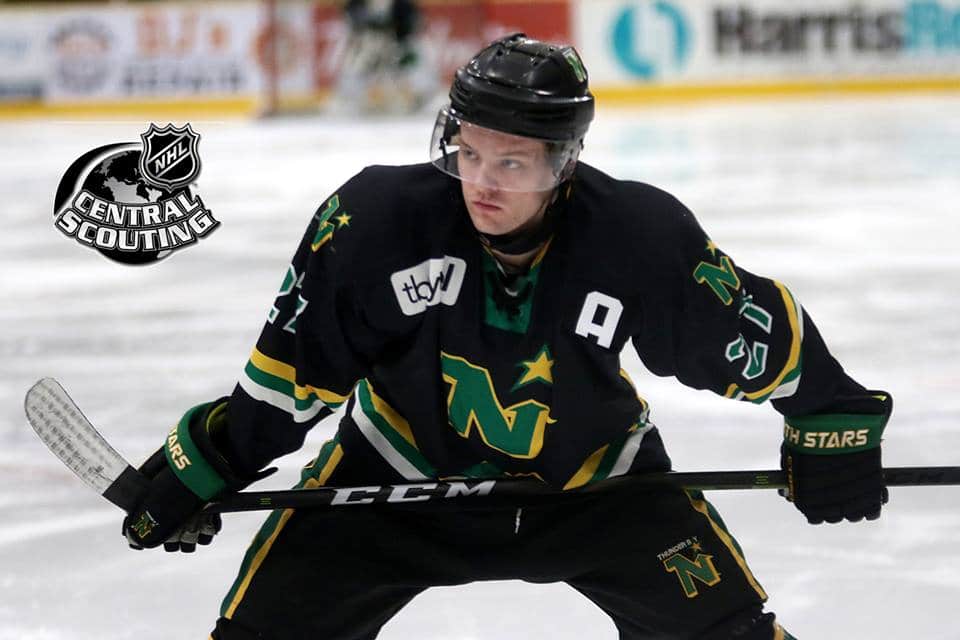 The 17-year-old Thunder Bay product was tabbed 129th overall among North American skaters by NHL Central Scouting, who released their final rankings Monday heading towards the 2019 Draft this June in Vancouver.

His efforts saw him jump 11 spots from the mid-term listings where he was slotted 140th.

Gerrie, who won the SIJHL scoring title this season, with a 41-goal, 61-assists, 102-point campaign for the North Stars.

He also currently leads all league players in playoff scoring with a dozen points, including five tallies, heading into Game 3 of the Bill Salonen Cup final with the Red Lake Miners Wednesday evening.

That best-of-seven affair is knotted at 1-1 with the winner moving on to represent the SIJHL at the Dudley-Hewitt Cup Central Canadian Jr. A Championship, April 30 – May 4, in Cochrane, Ont.

NOTES: Gerrie is committed to attend Bowling Green State University (WCHA) on NCAA Division I scholarship in 2020. … Was named SIJHL Rookie of the Year in 2017-18. … Has 153 points in 107 career contests, including 65 goals. … Skated for Team West at the 2019 CJHL Prospects Game in Okotoks, Alberta … Was named to participate in the SIJHL All-Star Game. … Was also selected a SIJHL 1st Team All-Star at forward.