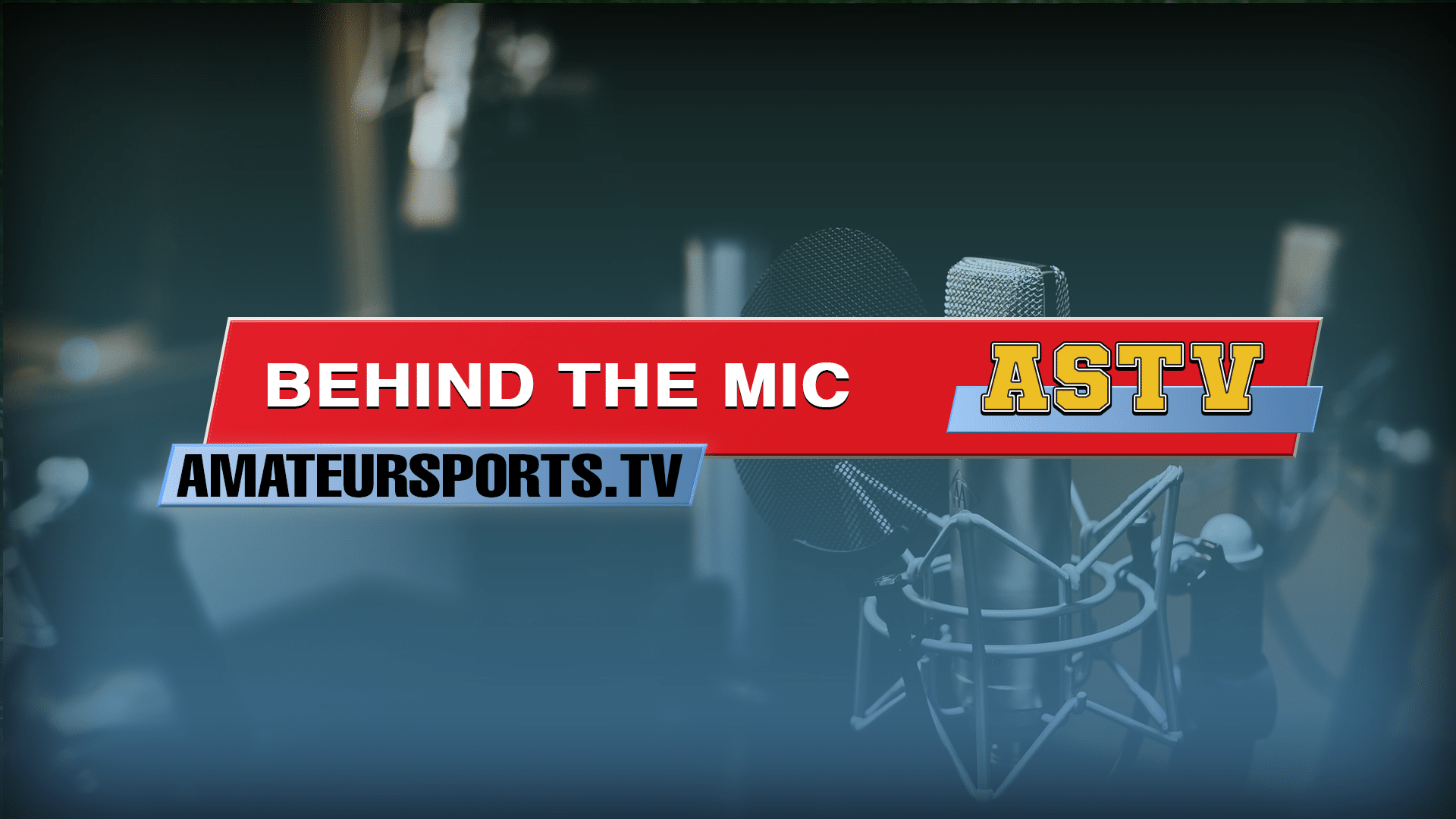 Amateur Sports TV (ASTV) is excited to introduce ‘Behind the Mic: Analysis & Conversations with the Best in Sports’, debuting Friday, November 13 at 6:00PM PST/9:00PM EST

‘Behind the Mic’, hosted by Jonathan Hodgson, will feature interviews with sports casters across the sports landscape, from some of the most well known voices at the highest levels including the NHL, MLB and CFL, to up-and-coming talent covering the local junior, college and minor professional levels in Canada and the United States.

Whether you are a fan of a certain sport or team and are looking for game analysis and current events coverage, or a play-by-play voice looking to learn from your colleagues’ experience and ‘shop talk’, ‘Behind the Mic’ has you covered!

“I am so excited to host ‘Behind the Mic’, beginning on Friday, November 13,” said Hodgson. “We have an outstanding roster of accomplished sports casters from several different sports who have already committed as guests, each bringing unique perspectives and experiences to share with both the fan looking for their sports talk fix, and fellow sports casters working to hone their craft.”

Hodgson himself is an experienced play-by-play voice and writer. He called play-by-play for the Okotoks Dawgs of the Western Canadian Baseball League for eight seasons, and two for the Victoria HarbourCats of the West Coast League.

His written work includes by-lines with the Toronto Blue Jays/Blue Jays Academy and Sports Spectrum among others. He has been a long-time contributor to the Canadian Baseball Network and currently covers the Saskatoon Blades for The Hockey Writers.

Behind the Mic will air every Friday night at 6:00 PM PST/8:00 PM CST on amateursports.tv and the ASTV Facebook page. All episodes will be archived on the ASTV YouTube Channel.

Stay tuned to ASTV’s social media feed for upcoming announcements regarding the first guests who will appear on ‘Behind the Mic’.