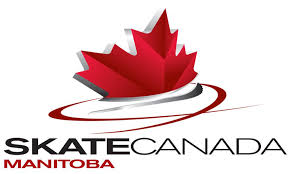 Skate Canada Manitoba will be holding their annual Awards Gala evening on Saturday April 27th at the Victoria Inn Hotel and Convention Centre in Winnipeg Manitoba, to celebrate our award recipients.  Donna Yee, Chair of Skate Canada Manitoba stated, “this is the time of the year when our organization gathers to recognize the successes of our skaters, coaches, and officials and to thank our many dedicated volunteers”.

The first set of recipients were selected from nominations submitted by our members throughout the province in skater, coach and volunteer categories;

Congratulations to all our recipients for their dedication and hard work.

NOTE: Error in Skate Canada Manitoba Volunteer Coach Award – Cynthia Chartrand she is from the Neepawa Skating Club and NOT the Carberry Skating Club as first indicated.  We apologize for the error and any inconvenience the error may have caused.