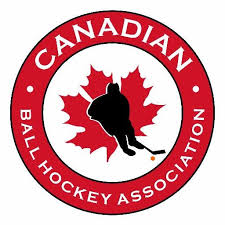 St. John’s, NFLD – The Canadian Ball Hockey Association (CBHA) announced that their Board of Directors has named Brandon, Manitoba and the Manitoba Ball Hockey Association (MBHA) as the Host Community and Host CBHA Member for the 2021 International Street and Ball Hockey Federation (ISBHF) World Ball Hockey Championship. Brandon was selected from among four (4) official bids under consideration, with the other bids being from Calgary (Alberta), Laval (Quebec), and St. John’s (Newfoundland and Labrador). The site selection process began in May of 2019 and had over 20 communities and groups from across Canada expressing an interest to host. “We were thrilled with the quality of all the bids we received and considered,” commented CBHA President Steve Power. “The Brandon bid demonstrated to us a great venue plan, solid business plan with committed support from various partners, and some unique concepts to allow for Team Canada to have the best chance for success at the World Championship. All bids were impressive, but we know we chose a great partnership with Brandon and the MBHA.” Jeffrey Dzikowicz , Chair of the Host Committee and Technical Director with the MBHA stated, “During the bid process we kept our eye on three targets: 1. Hosting the event in a world class facility; 2. Taking care of Team Canada and giving them the best chance at success, and; 3. Ensuring the growth of the sport of ball hockey in the Province of Manitoba and throughout Canada. In winning the bid, we will be sticking with these objectives. We are looking forward to hosting the worlds’ best in the game.” “Brandon is thrilled to work in concert with the CBHA and MBHA to bring incredible ball hockey back to both our city and country and we look forward to hosting together this world class competition and celebration,” comments Graham Harvey, Executive Director of Brandon First. “We are deeply grateful for the trust put in us as host city and delight in the opportunity for our entire city to come together to welcome the world.” The 2021 World Championship will have the Keystone Centre (Home of the Western Hockey League’s Brandon Wheat Kings) as the main event venue. It will include approximately 700 athletes, coaches and officials from approximately 26 or more National Teams from various ISBHF member federations in both Men’s and Women’s divisions. It is estimated the Championship will have an economic impact of $1.5 to $2.0 Million to the Brandon area and the Province of Manitoba.