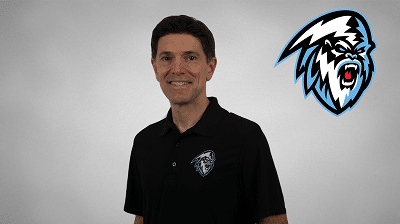 Winnipeg, MB – The Winnipeg ICE are pleased to announce seasoned play-by-play announcer Mitch Peacock will be the voice of the Winnipeg ICE.

Peacock has been calling games on-and-off for more than 20 years, including the past four seasons in the American Hockey League.

A long-time Winnipeg resident, Mitch’s hockey play-by-play career includes time in the WHL as the voice of the Prince Albert Raiders as well as stints in Roanoke, VA (ECHL), Canmore (AJHL), Penticton (BCHL) and Fort McMurray (AJHL). His resume features NHL experience too with four years as a rinkside reporter on CBC’s Hockey Night in Canada and three seasons hosting Calgary Flames’ radio.

Highlights outside of hockey include play-by-play roles on CBC’s coverage of the Sochi, Rio and Pyeongchang Olympic Games.

All Winnipeg ICE games are streamed live on CJOB.com. Additionally, all Saturday and Sunday games are broadcast live on 680 CJOB.

The next Winnipeg ICE broadcast will be Friday, September 27 when the ICE visit the Saskatoon Blades. Puck drop is scheduled for 8:00 P.M. CT.

Winnipeg ICE 2019-2020 mini packs are available now! Save by purchasing 10 or 12 home games at the ICE Cave – Wayne Fleming Arena at the University of Manitoba at winnipegICE.ca.