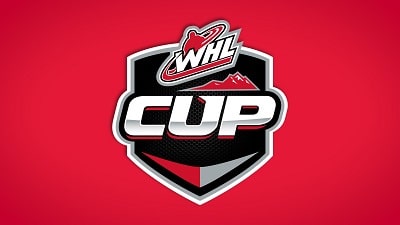 The WHL Cup features the highest-rated players in the under-16 age category from the provinces of Alberta, British Columbia, Manitoba and Saskatchewan.

Ticket Information
Tournament passes featuring all ten games are now on sale until October 22 at a discounted rate of $30 per pass. Tickets may also be purchased at the door.

About the WHL Cup
The majority of players participating in the event will have been selected in the 2019 WHL Bantam Draft or have since been listed by WHL Clubs. The WHL Cup, formerly known as the Western Canada U16 Challenge Cup, has been sponsored since 2009 by the WHL and has been made possible through financial support provided by the WHL, Hockey Manitoba, BC Hockey, Hockey Alberta, Saskatchewan Hockey Association and Hockey Canada.

About the Western Hockey League
Regarded as the world’s finest development league for junior hockey players, the Western Hockey League (WHL) head office is based in Calgary, Alberta. The WHL consists of 22 member Clubs with 17 located in Western Canada and five in the U.S. Pacific Northwest. A member of the Canadian Hockey League, the WHL has been a leading supplier of talent for the National Hockey League for over 50 years. The WHL is also the leading provider of hockey scholarships with over 350 graduates each year receiving WHL Scholarships to pursue a post-secondary education of their choice. Each season, WHL players also form the nucleus of Canada’s National Junior Hockey Team