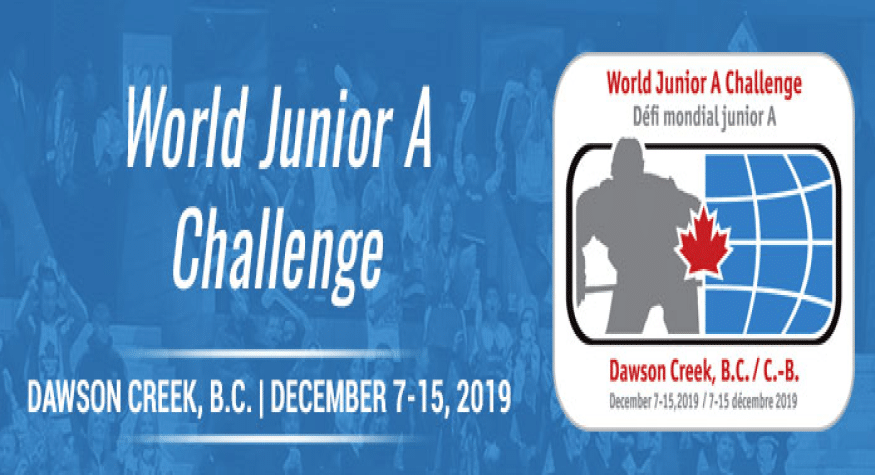 Nine coaches have been selected to lead Team Canada East and Team Canada West at the 2019 World Junior A Challenge, scheduled for December 7th – 15th at the Encana Events Centre in Dawson Creek, British Columbia.

Martin Dagenais (Embrun, Ont./Ottawa, CCHL) makes his return to Team Canada East as head coach, having previously served as an assistant coach at the 2016 and 2017 World Junior A Challenges, winning a silver medal in 2017. Dagenais will be joined by assistant coaches Corey Beer (Oshawa, Ont./Timmins, NOJHL), who assisted Team Canada East at the 2018 World Junior A Challenge, Greg Leland (Quispamsis, N.B./Campbellton, MHL), who has served as an assistant coach for Team Atlantic at the World Under-17 Hockey Challenge four times (1998, 2002, 2008, 2011), and Dan Sauvé (Ottawa/Rockland, CCHL), who will make his international coaching debut.

For Team Canada West, Joe Martin (Kingston, Ont./Alberni Valley, BCHL) makes his return to the World Junior A Challenge for the third-consecutive year, taking over as head coach after serving as an assistant for the past two years, winning gold in 2017 and bronze in 2018. Martin will be joined by assistant coaches Mike Vandekamp (Fort St. John, B.C./Cowichan Valley, BCHL) and Scott Barney (Oshawa, Ont./Humboldt, SJHL), who will make their international coaching debuts. Clayton Jardine (Lacombe, Alta./Camrose, AJHL), who suited up for Team Pacific at the 2008 World Under-17 Hockey Challenge, will support the team as video coach, while Allen York (Wetaskiwin, Alta./Camrose, AJHL), who won a gold medal with Team Canada West at the 2007 World Junior A Challenge and represented Canada at the 2013 Spengler Cup, will serve as goaltending coach.

“The coaches selected to lead Team Canada East and Team Canada West bring a combination of Junior A and international experience as players and coaches, and represent the level of talent in the coaching ranks in junior hockey in Canada,” said Brent Ladds, Canadian Junior Hockey League (CJHL) president. “It’s exciting to see our coaches moving into new roles with the two Canadian teams at the World Junior A Challenge and to welcome coaches who are new to international competition. We believe this year’s coaching staffs for both teams will benefit the players selected to participate, and bring their international experience back to their club teams.”

The CJHL also announced that Mark Grady (Halifax, N.S.) has been named director of operations for Team Canada East. Grady, who won bronze in 2007 as an assistant coach and silver as head coach in 2008, will make his fourth appearance with Team Canada East. Jamie McCaig (Edmonton, Alta./Alberni Valley, BCHL) will move into the role of director of operations for Team Canada West after serving as a goaltending coach for the past two years, winning gold in 2017 and bronze in 2018.

Dawson Creek will host the World Junior A Challenge for the first time, and the local host committee will look to continue its historic success with Hockey Canada events. The city most recently hosted Canada’s National Women’s Team Fall Festival in September 2018, as well as the 2015 and 2017 World Under-17 Hockey Challenges, and 2012 National Women’s Under-18 Championship.