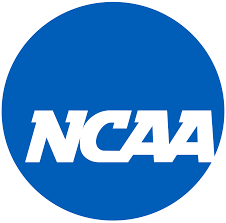 On Monday, @Biddco and @NickTrem_17 were having an interesting exchange on Twitter about how great Minnesota Duluth and Denver have been over the last 20 years. After reading the Twitter exchange from the Mutual Admiration Society; I had some spare time, so, I decided to take a look at the numbers.  In the process of crunching the numbers, I also looked into how UND and SCSU fit into the whole equation.

Here’s what I found. You can see that all four teams have been pretty good. Denver, Minnesota Duluth and North Dakota have won eight of the last 20 NCAA titles.

What Does This Mean?

Looking at the numbers above, you can see that all four teams have been very successful. While St. Cloud has the best regular-season record in six NCHC seasons, Denver, 2017, Minnesota Duluth, 2018, and 2019, and North Dakota, 2016, have won the last four NCAA titles.  With that said, UND has the best overall record for the last 20 years. Denver, Minnesota Duluth, and St. Cloud have been better in the last three seasons.