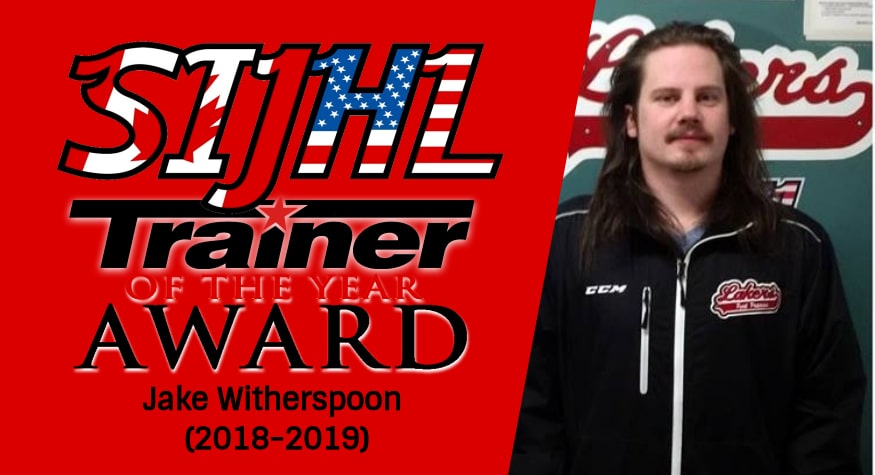 The Superior International Junior Hockey League announced Friday, April 5th that Jake Witherspoon of the Fort Frances Lakers has been named the inaugural recipient of the SIJHL’s Trainer/Equipment Manager of the Year Award.

This honour is being presented in recognition of an individual on the training and/or equipment staff of one of the SIJHL’s member clubs for their efforts during the season in this capacity.

“The SIJHL would like to congratulate Jake on being selected the inaugural honouree of this award,” stated league commissioner Bryan Graham.

“No one in hockey works harder than the trainers and equipment managers,” added Graham. “We commend each of the them in the league for their diligent efforts throughout the season.”

For his part, Fort Frances head coach and general manager Wayne Strachan complimented Witherspoon for his contributions with the Lakers this season.

“We were very pleased Jake stepped up to take on the role on as team trainer this season,” said Strachan. “He made everything flow a lot easier this year. He was in full control of all aspects a trainer has to deal with and their duties.”

“The players like and respected him and he even helped in practice from time-to-time,” summarized the veteran Fort Frances bench boss. “We appreciate Jake’s efforts and we congratulate him on receiving this award.”