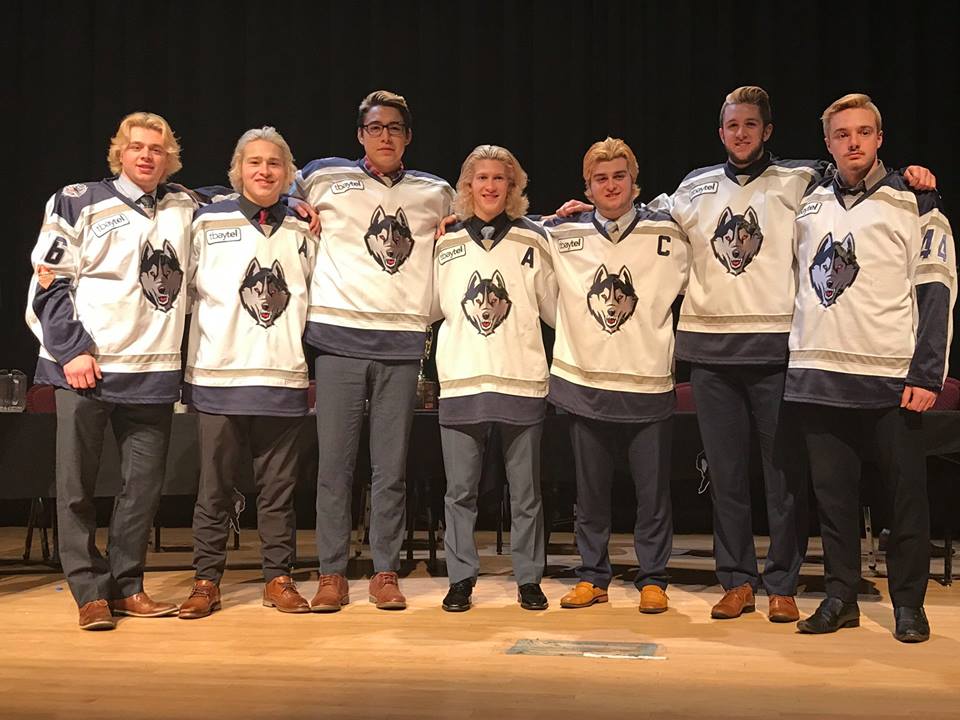 The 2018/19 Dryden GM Ice Dogs hockey season came to an official end after Monday, April 8th Awards Banquet. A total of twelve awards were handed out to the team’s top performers. As well, outgoing 20-year-old players had the opportunity to share their parting comments about this past season what it meant to be a Dryden GM Ice Dog.

Seven 20-year old players were thanked for their contributions to the team and wished the best of luck in their future plans. The following players completed their Junior A career in a Dryden GM Ice Dogs jersey: Cordell Boyko, Cameron Coutre, Trygve Many Guns, Trey Palermo, Kyle Sargent, Braden Shea, and Eric Stout.

The Awards Banquet capped off the 2018/19 season and the Dryden GM Ice Dogs are already making plans for 2019/20. The team’s annual general meeting is being held on Wednesday, April 24th, 2019 at 6:00 p.m, Holiday Inn Express. Election of officers will take place at the AGM and the meeting is open to the public.