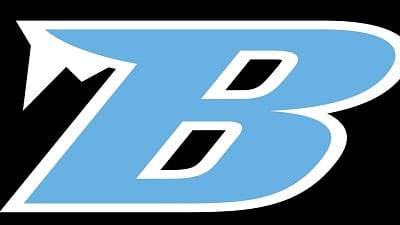 The Winnipeg Blues have played the most of any MJHL team to this point, competing in 10 games and compiling a record of 2-7-1, which places them 8th in the league standings.

The Blues first 2 games of the week took place on back to back days in the MJHL showcase, which saw them in matches against the Waywayseecappo Wolverines and Swan Valley Stampeders.

Waywayseecappo pulled out to a 4-0 lead, but as we saw last week, the Blues are a resilient bunch, and battled back to within one goal, before the Wolverines added two empty netters. Mikol Sartor scored twice, and Rhys Raeside added a goal and 2 assists in their comeback bid. Cooper Hatfield got the start for the Blues, and stopped 27 of 31 shots in the loss.

The match with the Stampeders featured a fast paced third period, with 5 goals being scored, and the Stamps coming away with a 4-2 win. The Stamps entered the third with a 1-0 lead, and with 30 shots already targeted at Blues starting goalie, Dante Giannuzzi. The Blues tied it up early on a Josiah Vanderhooft tally, but Swan Valley responded quickly and restored their one goal lead, 18 seconds later. Swan Valley would add another goal a few minutes later, only to see the Blues get within one, when Rhys Raeside scored 2 minutes later. The Stamps however continued to fire shots at Giannuzzi, and managed to get another goal late in the third to seal their 4-2 win. Giannuzzi was named the game’s first star, stopping 45 of 49 shots.

The Blues headed on a road trip that would see them play games on 3 consecutive nights, with 2 of the games coming against the OCN Blizzard, and 1 in another match-up with the Swan Valley Stampeders.

The first game against the Blizzard saw the Blues open up the scoring on a power play goal by Josiah Vanderhooft, but the lead didn’t last long, as the Blizzard tied the game up under a minute later. Despite being outshot in the second period, the Blues managed to create a multi-goal lead on goals by Rhys Raeside and Matt Hill, 20 seconds apart. The 3-1 lead they built would be how the game ended, as Cooper Hatfield shut the door, and the Blues picked up their second win of the season.

The Blues would have an opportunity for back-to-back wins against the Blizzard, but the Blizzard turned in a strong performance that saw them fire 50 shots at Blues goaltender Dante Giannuzzi. Rookie Matthew McLeod scored a shorthanded goal for the Blues to tie the game at one in the first period, but the Blizzard would score the game’s next 4 goals, on their way to a 5-1 victory. Despite being outshot 46-20 through 2 periods, the Blues did manage a strong third period, in which they outshot the Blizzard 18-5.

The Swan Valley Stampeders would be the last match-up of the 3 day road trip, in a game that required extra time. It was late in the third when Rhys Raeside scored to give the Blues the 3-2 lead, but Swan Valley scored 82 seconds later to tie the game up, and then scored in overtime to pick up the OT win. Three times the Blues held a one goal lead, but each time the Stampeders managed to tie the game. Josiah Vanderhooft, Jack Oleksiuk, and Rhys Raeside scored for the Blues in the loss, while Hatfield stopped 43 of 47 shots.

Week in review and a look ahead

It was a busy week for the Blues, in which they played in 5 games. They entered the week with a 1-4-0 record, and finished it with a 2-7-1 record. Rhys Raeside and Mikol Sartor each have 10 points on the season, which places them in a tie for fourth in the overall league scoring race. Raeside is the league’s highest scoring rookie forward, with rookie teammate Braden Fisher being one point back of him.

This week will see the Blues have a road game against the Winkler Flyers, before they start a three game homestand against three of the league’s best teams; the Portage Terriers, the Virden Oil Capitals, and the Waywayseecappo Wolverines