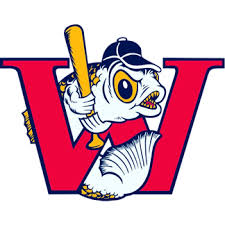 All three players will represent the American Association North Division.  The game will be played in a North versus South format.

Darvill has been voted in by the league’s field managers, general managers, and media representatives as the North’s starting shortstop.  Having been voted in as the American Association’s starting third baseman during the 2017 American Association/Can-Am League All-Star Game, Darvill becomes just the second player in the 14-year history of the league to be voted as a starter at two different infield positions (David Espinosa, 2008 and 2010).

Darvill is batting .309 with 31 runs scored, 12 doubles, two triples, four home runs, 20 RBI, and10 stolen bases in 12 attempts.  The Langley, British Columbia native opened the season as Winnipeg’s everyday third baseman where his .983 fielding percentage (two errors in 19 games) ranks third in the league. Since mid-June, Darvill has served as the Goldeyes’ shortstop where he has committed just two errors in 33 contests, and leads the league with a .986 fielding average.

Lambson is 5-2 in 11 starts, and currently ranks eighth in the league in ERA (3.08), second in strikeouts (67), and first in innings pitched (79.0).  Lambson has allowed two or fewer earned runs in seven of his 11 starts, and pitched back-to-back, nine-inning complete games June 13th and 20th.  The June 13th effort was a six-hit shutout at Gary SouthShore.  On June 26th at Sioux City, Lambson set a career-high with 11 strikeouts over eight-plus innings while picking up the victory.

Capellan leads the American Association with 18 saves and is tied for first with 26 appearances.  The 29-year-old right-hander has 24 strikeouts in 21.2 innings pitched.  Nine of Capellan’s 18 saves have come in one-run ballgames.  On June 11th at Gary SouthShore, Capellan earned his 38th save in a Goldeyes’ uniform, setting a new franchise career record.  This past Monday, Capellan notched the save in a 7-6 win versus St. Paul.  It marked Capellan’s 221st career appearance in the American Association, which surpassed the previous league record of 220 held by Dustin Cameron.

Lambson and Capellan were selected by Saints’ manager George Tsamis who will lead the North All-Stars having guided the Saints to the 2018 American Association Championship Series.  Joe Calfapietra, manager of the defending champion Kansas City T-Bones, will pilot the South Division.

The 2019 American Association All-Star Game is Tuesday, July 23rd at CHS Field in St. Paul, Minnesota.  It is the second time in four years the Saints host the league’s All-Star Game.

The Goldeyes open a three-game series against the St. Paul Saints tonight at CHS Field.  First pitch is at 7:05 p.m.  All the action can be heard locally on 93.7 FM CJNU and worldwide at www.cjnu.ca

The Goldeyes return home on Tuesday, July 16th when they host the Sioux Falls Canaries.  Advance tickets are on sale now by visiting www.goldeyes.com/tickets or by visiting the box office at Shaw Park.