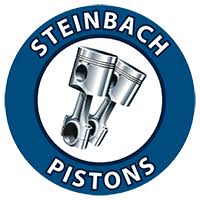 The Steinbach Pistons started their 2018-19 season with the raising of their Turnull and Anavet Cup banners, which they won in the 17-18 season as the MJHL champion and as the winner of a best of 7 showdown with the SJHL champion, Nipawin Hawks. The Pistons had their sights set on another title, and were a contender to repeat as league champion right out of the gate, in a season that saw them make it all the way to the semi-finals.

10 players from the 2017-18 championship team were back with the Pistons in their quest to repeat. Amongst their ranks were returning forwards Brendan Martin and Tyson McConnell, defenseman Declan Graham, and goaltender Matt Radomsky. New players were also brought in, including goaltender Matt Lenz, defenseman Troy Williams, and forwards Tanner Mole and Kyle Bettens

All players proved key in the Pistons’ quest to repeat as champions, and many ended up among the team’s award winners at the end of the season.

The leading point man on defense was new acquisition Troy Williams, who scored 8 goals to go with 36 assists, to finish fourth in league scoring among defensemen.

Tanner Mole joined Martin and McConnell in the “20 goal club”, with 20 goals and 11 assists, while rookie Kyle Bettens scored 10 goals and 19 assists on his way to being named the team’s rookie of the year.

The Pistons allowed the fewest goals across the entire league in 2018-19, with Matt Radomsky leading the league in wins with 27, in shutouts with 6, and in goals against average at 2.06, in 40 games.

The Pistons gave their fans much to cheer about over the season, posting a record of 24-6-0 in their regular season home games, on their way to finishing third in the overall league standings with a final record of 39-17-4, adding up to 82 points.

They were ready for a tough round one matchup against the sixth ranked Winnipeg Blues. The Pistons took the first 3 games of the best-of-seven series, and were one win from advancing to the semi-finals, before the Blues won the next 2 games. Game 6 turned out to be a long one, as both teams battled into double overtime, where Piston forward Jack Kilroy scored the OT and series winner; sending the Pistons to a semi-final matchup against the number 2 ranked Swan Valley Stampeders.

Steinbach took game one but soon found themselves facing elimination, down 3 games to one. They forced a game six, but the series comeback would fall short, as the Stampeders squeaked out a 5-3 win in game 6; ending the Pistons’ strong 2018-19 campaign in front of nearly 1000 Steinbach fans at T.G. Smith Arena.

With the season over and with some players aging out of junior hockey, Head Coach and GM Paul Dyck pulled off a blockbuster trade, with the team’s first round matchup, Winnipeg South Blues, in a deal that included 10 players in total. The Pistons acquired forwards Ty Naakens and Codey Behun, and defenseman Dylan Cassie in the deal. Naaykens and Behun finished second and third on their team in scoring, with 40 and 39 points, while Cassie was the team’s highest scoring defensemen, tallying 30 points. Naaykens will enter his second full season in the MJHL, Behun his third, while Cassie will be entering his last season of junior eligibility.

With star goalie Matt Radomsky set to play division 1 in 2019-20 after committing to play for Holy Cross during the 18-19 season, Matt Lenz will take on the team’s role of starting goalie, in his final season of junior eligibility, and hopes to build off his strong season as Radomsky’s backup. Among returning players, Tanner Mole and Declan Graham will be back with the team for their final season of junior eligibility, along with game 6 OT hero Jack Kilroy, while team rookie of the year forward, Kyle Bettens, will be back for his second full season with the club.

The Pistons’ have been a program of excellence and a top team and perennial contender in the league for 7 straight years, appearing in the league finals 4 times, and winning the championship twice, in that span. They have a strong core of returning players and players acquired this off season, to go with their strong foundation as an organization that is clearly working. You can expect them to be challenging for the league title again this year