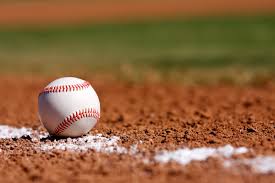 The Border Baseball League is pleased to announce the release of their 2019 regular season schedule.  We are proud to call ourselves one of the top senior baseball leagues in the province, and are ecstatic to announce the continued expansion to the East.  Following the inclusion of Morden in 2012 the league has added a franchise in Winkler (2016), Carman (2018) and are now pleased to announce the Altona Bisons will be competing for the W.G. (Gerry) Coulthard Trophy in 2019.

The league will play a balanced 16 game regular season schedule with the teams facing off against each other twice each with a single game home and away over the course of the season.  At the conclusion of the regular season the 8th and 9th place teams will play a wild card game with the winner advancing to the playoff bracket (1 v Wild card, 2v7, 3v6, 4v5).  Teams will be reseeded following each round of playoffs and all playoff series will be a best of 5.

The 2019 season welcomes an expansion team to the league for the third time in the last four seasons.  After the Winkler Whips came within 2 wins of a league championship in their first season (2016), the Carman Cardinals hit the field in 2018 and now the Altona Bisons will become the newest member.

With the 2017 regular season champion Pilot Mound Pilot and Killarney Lakers rounding out the field, 2019 looks to be another promising season in the Border League.

Should you wish to contact any individual teams, emails are provided on the contacts page of the website.  Phone numbers are also available for the individuals who choose to make them public.

Scores will be posted to the website as they are reported and stats will be recorded and posted as quickly as our volunteers are able to post them.  Please bookmark our page to stay up to date.

Thanks in advance for your support of the Border Baseball League this season.