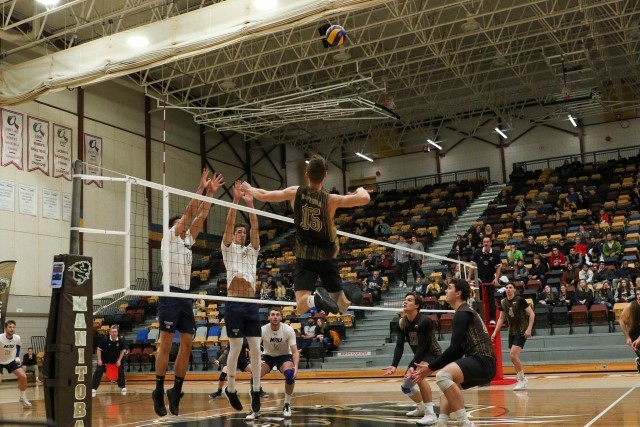 June 8 was a tough day for university sports fans across the province and across the country.

Canada West announced that all term-one fall sports have been cancelled. That means no competition, including regular season play, playoffs, or championship action will happen in football, soccer, women’s rugby 15’s, and women’s field hockey during the first term of the 2020-2021 season.

The cancellation is due to the coronavirus outbreak and the uncertainty of what the immediate future looks like. U Sports has also announced that they’ve cancelled six national championships, including the Vanier Cup which is the national football final.

At this point, those championships are still scheduled to take place; however, that could change within the next month.

Rocky Olfert is the Managing Director for Canada West and he says a COVID-19 Task Force was comprised of Canada West Board members representing each province, along with medical professionals, including Dr. Steve Martin (University of Victoria varsity sports medicine physician and Canada West representative on the U SPORTS medical committee).

“Based on what was presented by the medical professionals, this was the decision that had to be made,” said Olfort. “All 17 members voted in favour of the decision. This is something that we’ve been talking about since early March when this all came down.”

Canada West has also announced that they’re postponing the beginning of volleyball, hockey, and basketball seasons. Originally slated to begin in September, the earliest that volleyball and basketball teams will begin their season is in January of 2021.

Olfert is hoping that volleyball, hockey, and basketball seasons can begin in January. October 8 is the day when that decision will be finalized.

“I like to be optimistic, but no one knows right now,” said Olfert. “If you look at a professional league, they can create a bubble and do tests, but we just don’t have the ability to do that. Our hope is to have a successful second term with those sports.”

Olfert concludes that he’s known this was going to be the decision for a little while. It was made official yesterday on June 8.

“I have a heavy heart, I’ve had many sleepless nights leading up to this point,” concluded Olfert. “I feel so horrible for all of the student-athletes and coaches. They’ve worked so hard to get to this point. We never thought we would ever have to make a decision like this, but we’re working with something entirely new here. This one hurts, but we’ll move forward and go from there.”

When it comes to Canada West member teams returning to training, those decisions will be made by each school based on their policies at the university and guidelines from the provincial health authority.